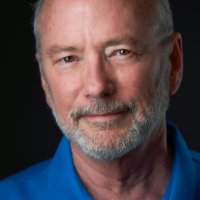 Considered one of the most influential photographers and digital imagers, Eddie Tapp possess multi-dimensionality as a visual communicator. His artistry reaches strongly around all aspects of the image from the creation in camera to the mastery of post and print. He is known world-wide not only for his ability to create through the entire process, but also for his ability to understand and teach. His gentle voice can be heard visually throughout the process of an image or film clip or audibly guiding an audience.

Past Chairman of the Digital and Advanced Imaging Committee