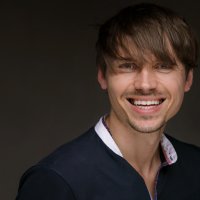 He was the Finalist of One Eyeland Competition 2014 in the category: „Wedding” and he received the “World's Top 10 Wedding Photographers 2017 - Rank 1 Poland” Award from One Eyeland in 2017. He was also shortlisted for the Final Round of Siena International Photo Awards in 2015. He also received the third place in category: “Groom alone – non wedding day” of WPPI 16x20 Print Competition 2017 in Las Vegas, where he was also a Judge. He has been also a Judge in other many international photo competitions all over the world - he has supported WPPI, Image'n'tech Photography Contest (Greece), Nikon Contest, Magic Lens Competition, Inspiration Photographers (Brasil), WPPB (Bangladesh), PPANI (Northern Ireland), etc. He was a speaker on the stage during Nec Photography Show in 2017 in Birmingham, UK providing the speech “How to shot the big day?” for more than 200 listeners. For several years as an Ambassador of Dedolight, Greg has been supporting other wedding photographers and their development through comprehensive photography workshops.

Being also an Ambassador of Phottix, Microsoft, Eizo and Wacom, as a member of "Phottix Pro Team", he has an access to the best lighting equipment and knowledge. Greg has provided many seminars and workshops for photographers, working for international conventions, WPPA International, The School of Image, WPPI, MPA, Nikon School, etc. all over the world for years. He also became a Global Eizo Ambassador around the world in 2017. In 2019 Greg became an official Nikon Ambassador in Poland.

His last books were called “Newborn Photography from A to Z” and „Wedding Photographer Bible”. His photographs were published in many magazines for women and wedding couples, such as: Wonderful Wedding, W like Wedding, Wedding Guidebook, Photo, Our Wedding, Wedding Couple, Camerapixo, Photography MasterClass, Foto Digital and Dream Wedding Magazine. He has also worked as a Judge of many international contests and Qualifications for photographers.

Earning his prestigious "Master Photographer in Wedding" distinction of Master Photographers International Organization MPIO, as a wedding photographer and international speaker, he has worked literally throughout the whole world. Not including Poland, shooting more than 700 weddings in his career, he has worked as a photographer and teacher in Brasil, Costa Rica, Czech Republic, Germany, United Kingdom, USA, France, Northern Ireland, Slovakia, Egypt, Austria, Croatia, Romania, Belgium, Mexico, Ireland, Turkey, Spain, Thailand, Italy, Greece, Latvia, Mauritius, Kuala Lumpur, Macedonia, Malaysia, Mozambique and the Maldives. He was truly honored to be hosted in „Good Morning TVN”, “Question for breakfast” and “Polsat Studio Weekend” TV programs dedicated to the latest trends in the weeding photography.

As a passionate educator, with his distinctive style, Greg Moment has a reputation for being emotional and talented wedding photographer in the industry. His work is celebrated locally and internationally with many major awards to his name. Greg is also a Founder of magiclensawards.com and an Admin of Magic Lens Photography Facebook group. He has also an English channel on YouTube: “Magic Lens” for wedding and portrait photographers.