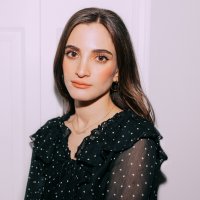 Jessica Kobeissi is an Arab-American portrait and fashion photographer from Detroit, Michigan. Graduating with a BFA in Graphic Design, she worked at a marketing agency as a designer for 2 years. After being laid off from her job, she switched gears to become a photographer full time. This allowed her to focus solely on photography, eventually kickstarting her Youtube Channel.

With over 130+ million views, she is the #1 female photographer on Youtube and has created several popular viral photography series such as “4 Photographers Shoot The Same Model” and “Taking Pictures of Strangers”. She’s worked with top modeling agencies NEXT, Elite, The Lions, Photogenics, Ford and Wilhelmina while also serving as a Canon brand ambassador from 2018-2020.

Kobeissi has worked with talent such as Sofie Dossi, Nastia Liukin, Melissa Molinaro, Sophia Esperanza, and was also the official wedding photographer to Youtube Stars Felix Kjellberg “PewDiePie” and Marzia Kjellberg. Her photography has appeared in NBC News, BBC, CNN, Cosmopolitan, The Sun, Buzzfeed, DailyMail, and The Mirror to name a few.

Jessica spends her time traveling around the world photographing models, teaching workshops and collaborating with other photographers.