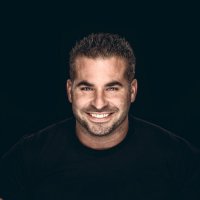 Tom and Mario Munoz are 4th generation photographers best known for being masters of in-camera artistry. Growing up in the photographic industry they began assisting their father at events at the age of seven. Currently they are two of the highest international award winning wedding photographers in the world according to Professional Photographers of America (PPA) & Wedding and Portrait Photographers International (WPPI). Both received the honor of being named PPA Diamond Photographer’s of the Year while winning 1st, 2nd and 3rd place in the Wedding Album category as well as 1st place in the Wedding Image category during the 2020 Grand Imaging Awards ceremony at Imaging USA. That very same year they won 1st Place Single-Maker and 1st Place Multi-Maker Wedding Albums at WPPI’s 2020 Annual Competition and both represented the United States of America in the World Photographic Cup for Weddings. However, according to the Munoz brothers the accolades are not their motivation; rather they use competition to challenge themselves as artists which fuels their never ending pursuit of knowledge. This dynamic duo is beyond excited to share with you the tools and secrets that have laid the foundation for them in building a multi-million dollar photography empire.