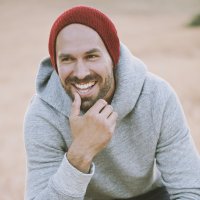 Mike Colón is a lifestyle and fashion photographer based in Southern California, USA. His fast-paced career has spanned more than 20 years and has taken him all over the world. Clients include discerning brands such as Louis Vuitton, Galia Lahav, Rivini, Berta, Grace Ormonde & Ines Di Santo. Colón and his team of expert photographers have photographed many celebrity weddings including legendary guitarist Kenny Wayne Shepherd, best selling music artist of all time Usher, and influential songwriter/DJ/record producer Timbaland to name a few.

Colón is a Sony Artisan of Imagery. He is a keynote speaker at photo conferences and universities and has mentored hundreds of students through his private workshops..

Mike resides in Orange County, California with his beautiful wife and four children. He is a man of faith who exhibits integrity and generosity in his business and personal relationships. In his free time, he enjoys Brazilian Jiu Jitsu, surfing, snowboarding, rock climbing and most anything that keeps his body and mind active.