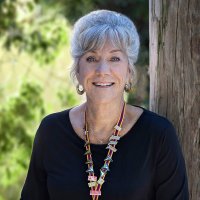 Sandra Pearce is one of the most sought out digital artist in the photographic industry today. She is a Master of Electronic Imaging, Master Photographer, Crafstman, and CPP. She is an Image Excellence and Image Excellence Bar recepeint. Sandra has has the opprotunity to speak to thousands of professional photographers across the country from guild level programs to state and national conventions. Her experience in digital imaging has set her apart in competition and she has been awarded Artisit of the Year by the Florida Professional Photographers numerous years, Canon Par Excellence 2015, 2016, and 2017, Kodak Awards, Fuji Awards, and other awards through the years. Sandra has been in the top ten for GIA awards many times since it's inception in 2010. Sandra won 1st place in the Art Catergory in 2010, 2016, and 2018 at the Grand Imaging Awards. She has been a diamond photographer for four years. She is an IPC Juror.